So, as you might’ve guessed, I play a shit ton of Minecraft in my spare time. You also may know I have absolutely no concept of time. So, here’s a few of my builds which I made within the last… two/three years (I think). I’ll provide some context for each picture because otherwise my word count would be zero and I don’t like that.

Starting off, this is a community build that I made with two of my best friends. We called it “Mythic Garden” and there’s not really much to say about it. It was a sort of in-between build because we just finished up a bigger project and we needed some time to think of a new idea. 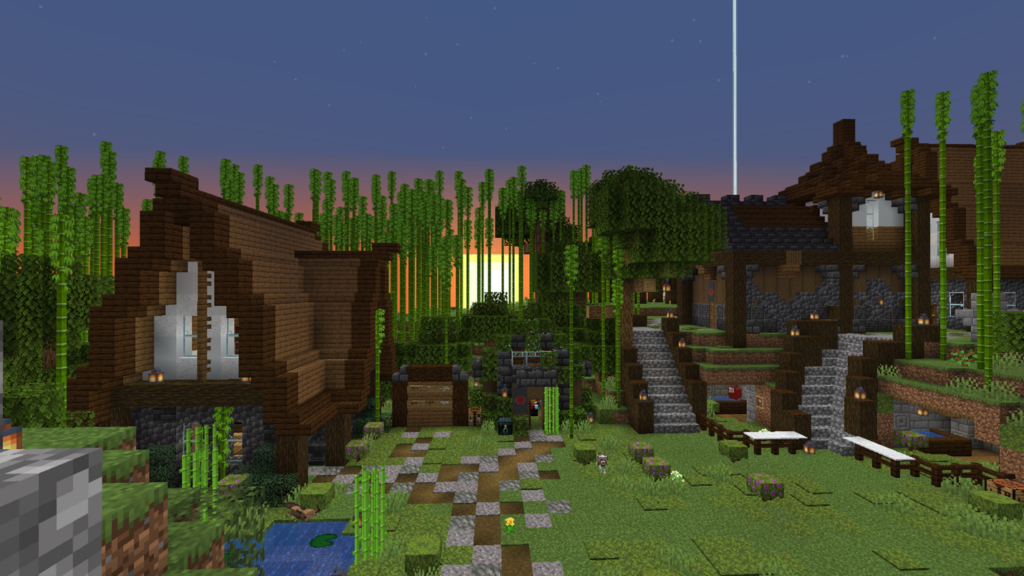 The picture below is of a singleplayer build, I just did it because I need more practice making organic structures. I loosely based it off of the Celtic deity Cernunnos, but there are probably quite a few discrepancies between my design and the actual deity.

Moving on to the slightly more fun stuff, AKA: my latest builds. By “latest” I mean within the past year. This one was made by my friend and I for someone’s birthday (in case you didn’t notice the neon words at the back). It took quite a few hours to clear everything out and place all the black concrete because we decided to do it all underground. All the islands have different themes and uses, some of them have monsters, some have food, and some have drugs. During the actual party, we released a lot of monsters, namely the Warden, Minecraft’s new strongest creature. There was a lot of death but it was fun! 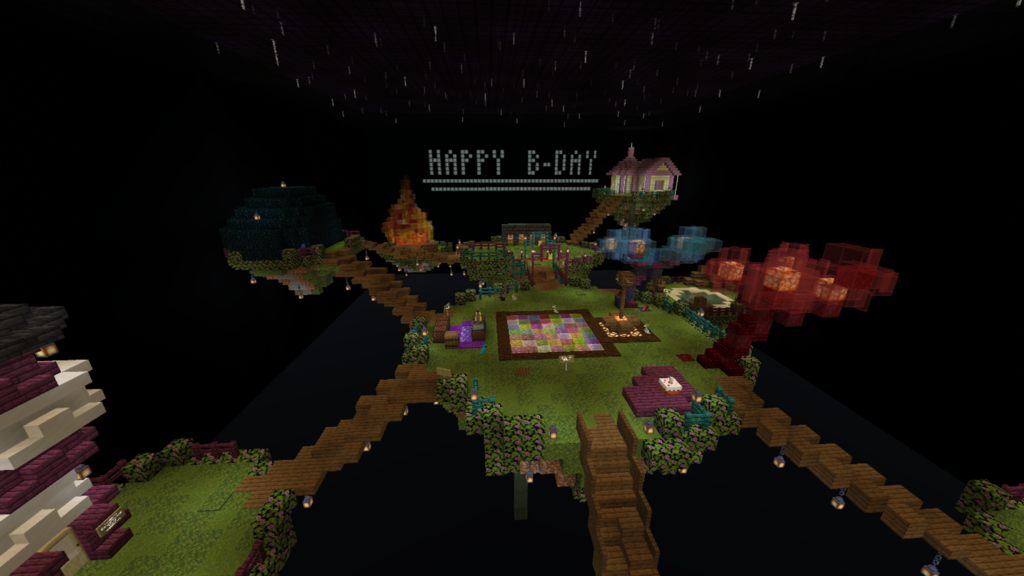 This is a picture of my current home. Half of it was constructed while I was in survival, but then the server owner decided to promote me to a moderator, so I used those newly-acquired powers to finish my mushroom dome. I also did all the trees, which was… painful. The leaning tower in the background is my friend’s, and they were super helpful in making the waterfall look decent. 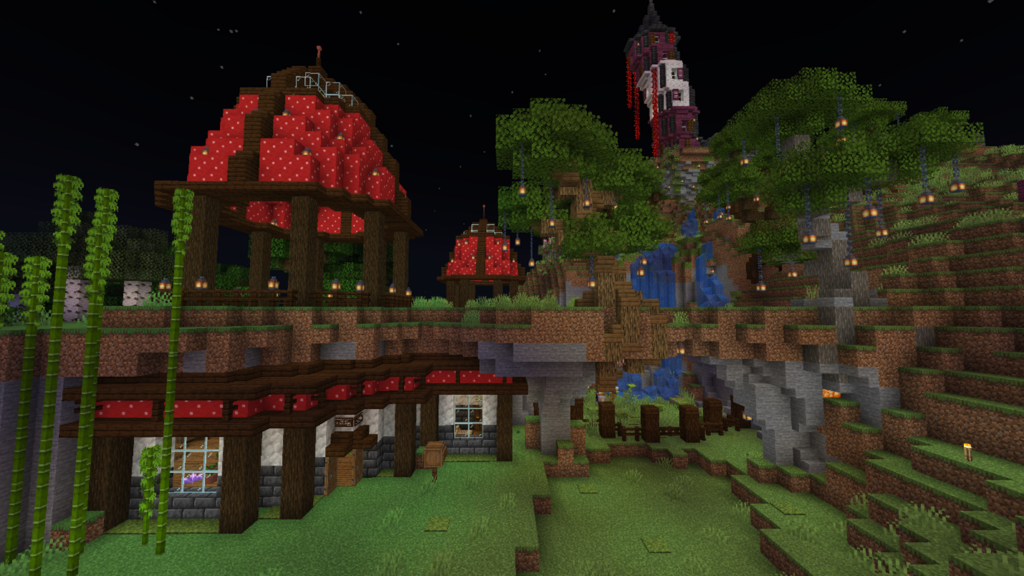 Last up is the same base, but redecorated for pride month. You may notice some changes, like the floating crystal, handmade mushrooms, a glass parkour course, hobbit holes, a dark oak faerie circle, and a railroad track in the sky. Those were not in fact for pride month, but the bisexual and asexual domes were. 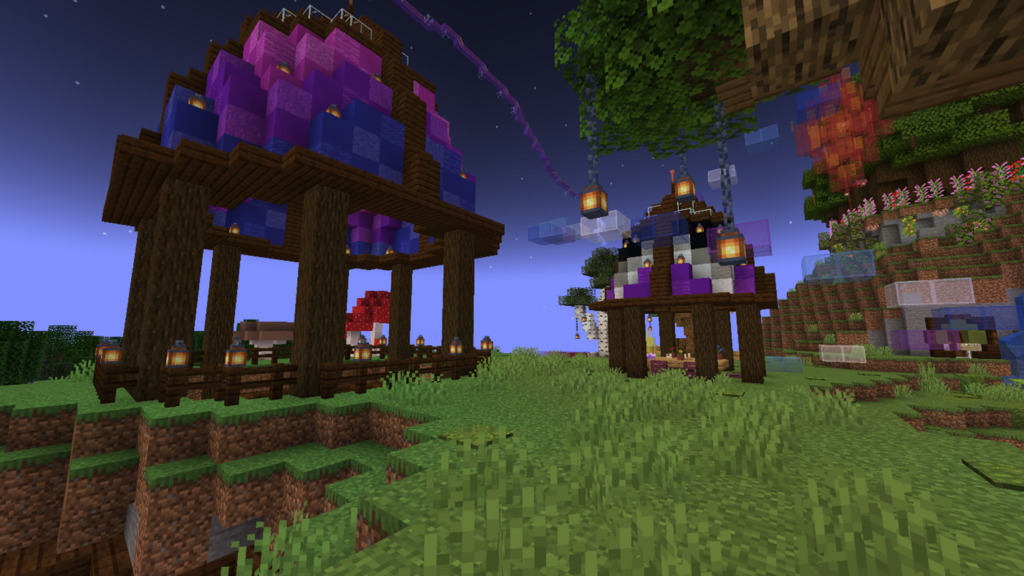 For the record, these are not the only builds I’ve done in the past two to three years (obviously), they’re just the ones I screenshotted. Anyways, that’s all I got for you today, have a lovely rest of your life!