No, I am not a sea-slug-sexual (AKA: SSS, pronounced like someone dropped a hot coal into your mouth), I just love sacoglossan sea slugs and alliteration.

Sacoglossans are part of the sea slug clade Sacoglossa and are also known as “sap-sucking slugs”. They gained this delightful title by eating a lot of algae. Most sea slugs eat plants and other sea slugs, whereas this clade’s diet consists of pretty much only algae. Through the magic of evolution, they gained the ability to steal chloroplasts from their food (this is called kleptoplasty). The way this works is quite similar to how aeolid nudibranchs use nematocysts. As the sacoglossan consumes algae, its body preserves the chloroplasts and stuffs them into its own cells.

“But won’t the chloroplasts die or something?” you may ask. And yes, the chloroplasts wouldn’t normally be able to mend themselves in a sea slug because plant cells produce specific proteins meant to heal their organelles. Through some freaky science stuff, sacoglossans have managed to prolong the lifetime of their stolen chloroplasts. This means that once they eat, they’ll be able to photosynthesize for months before needing another meal. And yes, you read that right. They fucking photosynthesize. When you wonder why scientists don’t just say plants photosynthesize and animals eat, remember it’s because of organisms like this who go out of their way to destroy all semblance of reason.

Due to their plant-like behavior, most sacoglossans have evolved to not only steal chloroplasts, but also to produce chlorophyll, leading to a green coloration. What’s more is that a number of these photosynthesizing angels look like plants or leaves. 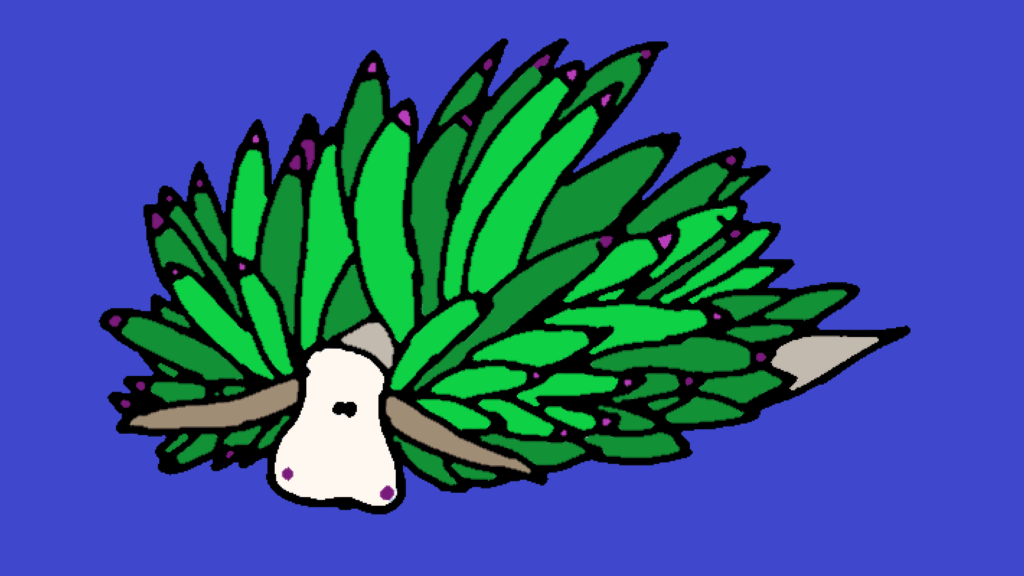 The particular species displayed above is called a sea sheep or leaf sea slug. As you may be able to tell, they look a bit like succulents. Of course, not ALL sacoglossans photosynthesize. Only the cool ones do, the sea sheep being the ringleader of the Cool Sea Slug Gang.

Sadly, that’s all for the sacoglossans, and next time I’ll be talking about… sea hares.