After last week’s terrible and deathly encounter with a Cyclops, I decided to take a more leisurely pace with the game. First, I obviously got my stuff back from the Cyclops lair and somehow managed to kill the overgrown goblin. Sadly, it didn’t drop anything, so I raided the village and got some hay bales (among other things).

The village also had a graveyard, which, unbeknownst to me, contained ghosts. See, the thing about ghosts is that they can just pop up anywhere, attack, then retreat back into the ground. After a few more spirit-related deaths, I managed to loot the graveyard and make it away with the items. Among several bones and two skulls, there was ectoplasm and manuscripts. I must be honest, I have absolutely no idea what either of those are for.

So, I was making my way back with hay bales, ghost-y items, and a whole bunch of wool, shears, and mutton (who knew Cyclopes loved sheep so much?), and decided on a name for my noble horse mount. His name was to be Sir Ginger Eddington the First. It’s a tad long, but so is my list of regrets.

When I came home, I immediately decided to take the adventuring down a Notch (see what I did there?). I started by giving my lovely cow a new collar. It was the pink one with a cyan gem that I bought from the villagers down south (or north? or west? I don’t even know anymore). I reached the animal pen and put it on her when I realized something. All the sheep were gone. They were nowhere to be found and the only creatures left were the cows. I was rather sad at first, but I’m really glad the cows didn’t despawn as well.

Aside from the unfortunate circumstances, I was happy to find you could ride cows thanks to the Genetic Animals mod. I 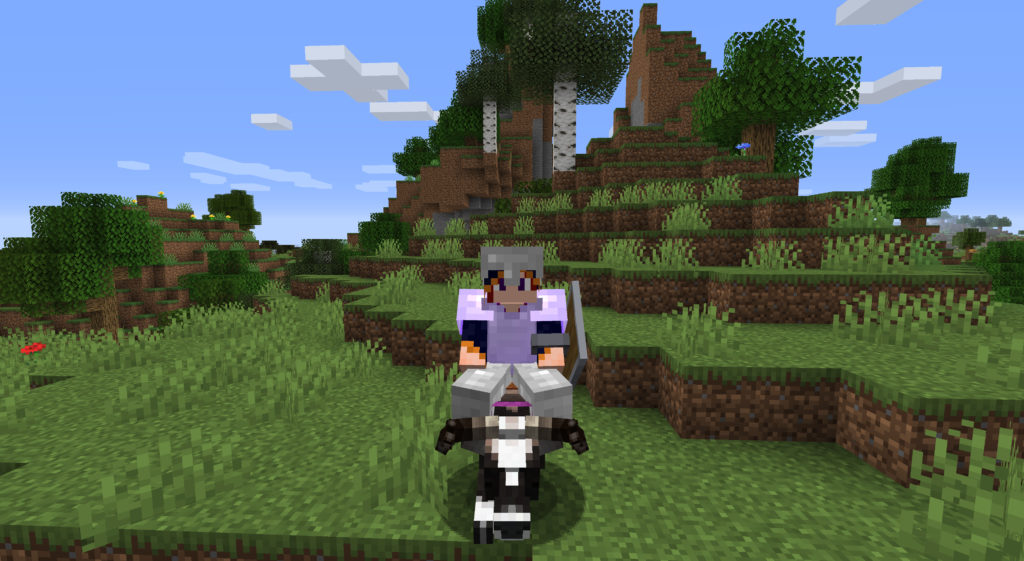 obviously put the saddle that Sir Ginger used to wear onto the multicolored cow with the pink collar. I then realized you needed a bridle to ride animals and the only reason Sir Ginger didn’t need one was that horses weren’t yet included in the mod. So, I fashioned some leather into a bridle and took the cow for a ride. I decided to name her Daffodil.

I rode around my base for a while before venturing towards the sea. I found a pretty lagoon that flowed into the ocean, and thought that I could later make a small house there as a vacation home. Of course, when I went to mark it, I saw a purple sea serpent. In fact, this was so close to the spruce biome where I had died previously that I think that was the very same sea serpent as before.

Somewhat saddened, (story of my life) I went back home and checked in on my chickens. There were quite a few and I had racked up an alarming number of eggs. The animal mod made it so that each egg was different depending on the mother hen’s genetics, which meant they couldn’t stack. I also got a couple rotten eggs, which I figured were sterile, so I threw them.

Now, one of those eggs must’ve been life-bearing, as a tiny half-chicken, half-lizard creature popped out. A tiny, adorable, yellow and green hybrid. It was a cockatrice! I eagerly got it to follow me and I spent the next ten to twenty minutes lavishing it with attention. All of a sudden, it grew! A little, yellow chick turned into a large, menacing creature, and I was ecstatic. I rushed over to the hen house for the more eggs and lo and behold, was yet another rotten egg. I quickly threw it and this time a while and greenish-yellow chick came out. 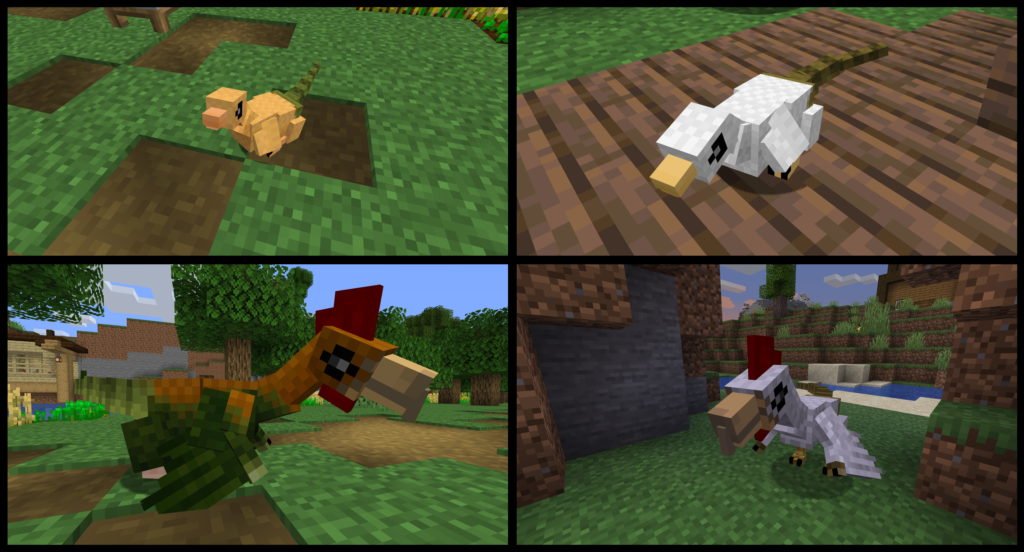 I was so, absolutely, undeniably, happy that I got not one, but two cockatrices. I brought them around with me for the rest of the day and even made a small woolen nest for them. It looked rather pathetic, but at least I tried.

With my new companions, I started my mission to beautify my base. That included finally making a bridge to the hen house and connecting the animal 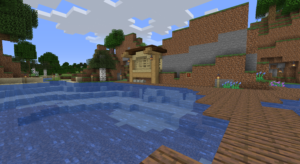 pen to everything else. I really liked the texture and color of the river planks, so I used them, realized the trees were tiny, and planted a bunch of saplings. I ended up spending an outrageous amount of time rushing back and forth to harvest the small trees and place the planks.

It turned out well, and I even made some passages through the hills so I didn’t have to go around. All in all, I think today went rather well. Also, since I just love cockatrices, I though I’d put in their awesome withering stare attack. It definitely makes me feel a lot safe having them around. 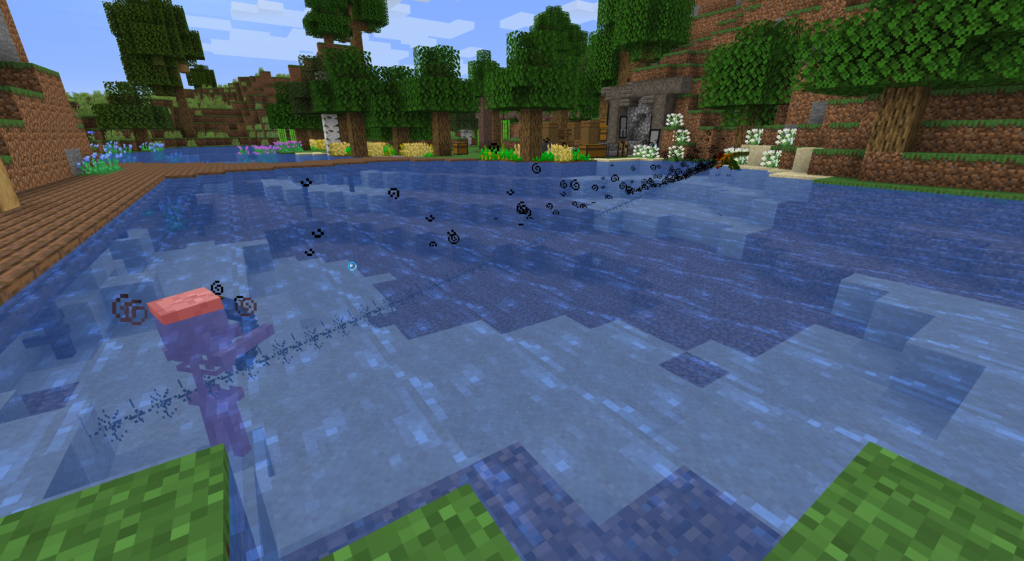